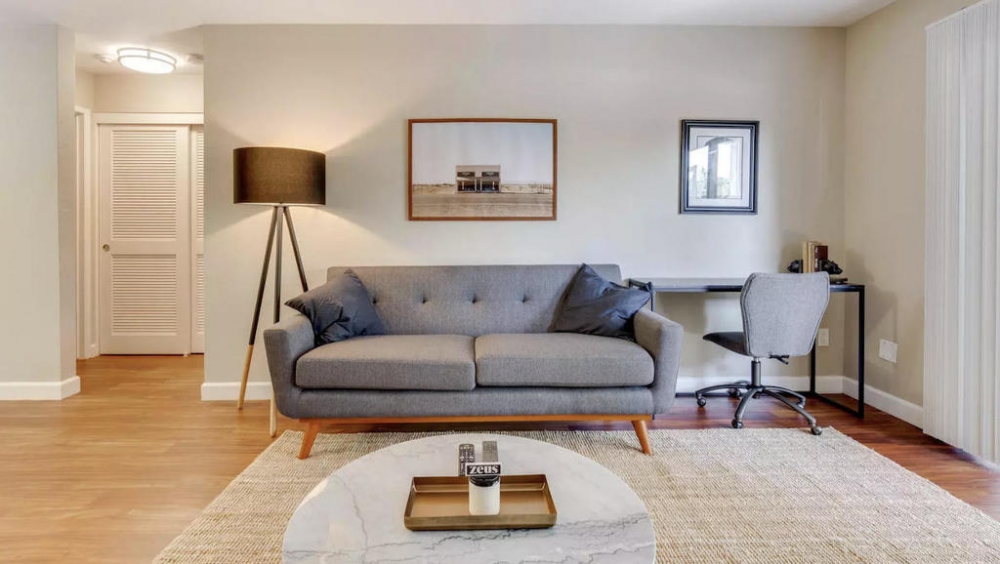 The Pandemic Almost Crushed Us: How We Persevered

The pandemic crushed my startup: After two layoffs and losing tens of millions in revenue, here’s what I learned about resilience, teamwork, and belief

2020 was a challenging year. The pandemic crushed my startup, Zeus Living, and we were in a mad fight for survival.

The good news is that we survived and emerged stronger.

Despite everything, the pandemic allowed us to bring forward our company’s vision — to live wherever and whenever you want, free of the traditional constraints of housing — more quickly, as remote work accelerated. But it was the toughest thing I’ve done.

While making some mistakes along the way through this process, I learned a lot about resilience, teamwork, and belief.

Early in the pandemic, when we had only a few weeks of runway, I told the team what happened next would be our choice. It’s corny, but I believed that if we decided to come together and find a way, even if we didn’t know how to immediately, we would. I’m not sure where this belief came from, but we made the collective decision to fight, pivot, and live.

Zeus Living started by offering high-quality, flexible, and furnished housing for those traveling for business.

In just four years, Zeus had grown to a $100M revenue run rate, by offering mobile workforces a better living solution than traditional corporate housing or extended stay hotels. In early 2019, we raised a $55 million Series B from Airbnb, Comcast, Initialized Capital, NFX, and Spike Ventures, among others, to build on this momentum.

2020 was the year we’d become an international company. We had staffed up for growth and 9-figure revenue numbers. But when 2020 started, I felt uneasy. Uber and Lyft’s IPOs weren’t up and to the right, and WeWork imploded.

Thursday, January 23, 2020 sticks in my memory. It was the day when the Wuhan lockdown began when coronavirus cases numbered in the hundreds. It felt like a big deal and I wanted folks to pay attention.

Balaji Srinivasan’s twitter updates were clutch. By following him, I understood the speed with which the virus could spread, and the severity of the situation, when many were underestimating it. Information was scarce but Balaji pieced things together.

Two weeks later I was flying to Japan to meet strategic business partners for Zeus Living as we thought about international expansion. I left booking flights to the last minute and consulted with my doctor about the safety of traveling. I have an autoimmune condition, so I had to take extra care.

All this is to say that February 2020 was the beginning of the rollercoaster.

A coworker approached me in the office asking me why I looked so stressed (do founders ever not?). I responded that the lockdowns in China could spread to the US.

Then, March happened — I didn’t expect things to cascade so soon and so harshly.

At first, our business wasn’t impacted too much. Zeus Living was designed for 30+ day stays, so residents were living with us, as opposed to staying for a few days to attend conferences or holidays, for example.

We had to make a decision about refunding millions of dollars, which put our balance sheet in a perilous place.

I remembered Brian Chesky’s advice when navigating tough decisions. You can make a “business decision,” (what’s best for the business), or you can make a “principle decision”: How do you want to be remembered irrespective of outcome?

We refunded residents’ money and offered credits for business customers when possible, in the amount of millions. Occupancy dropped from 85% in March to 65% in April. The lucrative summer months that drive our business disappeared.

In parallel, I had been gearing up for fundraising in Q2. I had spent months building up a pipeline and preparing the data room. That pipeline disappeared. Investors “keen to get into the space” stopped responding.

And then the market crashed.

I had to confront layoffs for the team we had carefully built up. Executive leaders that I had painstakingly recruited no longer fit the future we were facing.

There were team members who’d been with us since the start (and who were friends), to whom I now had to deliver terrible news.

I’d never done layoffs before, let alone a layoff as large as a third of the company, on Zoom. If we’d had more time to think and plan, or if we could’ve done it in person, I like to think that we would have done a better job. But in the end, the layoffs were awful. Our culture was warm, caring, empathetic, and team-first. The layoffs were cold, procedural and distant, driven by the fear of what was happening.

Though I felt a lot of empathy as it was happening, the shock of it all meant that I didn’t show it.

This might have been my biggest learning of the year. Although there may be precedents for how companies do things, it’s important to not compromise on your values and culture, especially at the most difficult times.

The bad news kept coming. Each day felt like a week. Key team members left. The rocketship they signed up for was crashing back to earth. Plus, the usual distractions of friends, family, exercise, and soccer weren’t available because of shelter-in-place and the hours I was working.

I’m not a religious or superstitious person, but the circumstances led me to keep a Ganesha statue (the elephant-headed god in Hinduism believed to bring good luck), and a Daruma doll (a Japanese symbol of perseverance) on my desk.

I also leaned heavily on The Five Minute Journal and each morning blindly reaffirming to myself that we would get through this.

It was a group effort. The executive team met daily and worked relentlessly to turn the ship around. Our customer support and bookings teams scrambled to meet resident needs, and on-the-ground teams (who became essential workers) worked tirelessly to get us through.

We captured all the demand we could, experimenting with channels, offers, and niche outreach (healthcare workers, university students, and others). Our real estate team had the unenviable task of reconfiguring our portfolio of inventory, including ending contracts for low-performing homes and renegotiating contracts on others. We spoke to residents, analyzed data, and processed how the world was changing.

An existing investor, impressed by our execution, stepped up to capitalize on the company. We applied for PPP, and then gave it back (there was ambiguity about which types of companies PPP was meant for), and had to do a second set of layoffs.

We did a better job this time but it was still heartbreaking and difficult. We had an emotional, extended goodbye, culminating in a goodbye Zoom one afternoon.

I didn’t expect to become teary in front of the company that day, but I worried about the wellbeing of the folks we were letting go in the midst of a pandemic. I could see 4 years of collective work and effort unraveling in front of my eyes.

Nothing could prepare me for what came next.

As our goodbye Zoom ended, my cofounder called and told me his wife had stage 4 Acute Lymphocytic Leukemia. The doctors hospitalized her immediately. It put things into perspective; the company’s struggles no longer felt important.

Around the same time, the press took interest in our problems and wrote unflattering articles. My ego suffered as our valuation dropped in half and our struggles leaked to the wider world.

Then came the pivot and glimmers of a growth strategy.

Few people were traveling to our markets like San Francisco or New York, but searches on Zeus Living for secondary markets like Miami were growing. “Work From Anywhere” was becoming our main use case, and we had to figure out how to adapt.

Residents were telling us that living with us was a better option than corporate housing, more flexible than short term housing, and more appealing and easier than the unfurnished rental market.

We understood what was happening in our ecosystem and worked endlessly to make changes to our product to meet new demand. In short, the trends accelerated our vision of how people wanted to live: more flexible, mobile, and asset-light.

We decided to add curated, third-party homes to our platform in new markets like Miami, Denver, and Austin. This meant an entire software rewrite. The existing platform had property management assumptions baked across the architecture. But there was $40 million in unmet demand if we did!

Our software improved in the way that only maniacal necessity can drive.

Our small engineering team spent hundreds of hours rewriting the codebase. Their hard work paid off and we doubled the available homes for Zeus Living residents within three months.

The revenue we send to partner operators has grown by 40% each month since launching in the summer. Not only did we refresh our product, but we also executed a brand refresh to broaden our positioning and better speak to the flexible lifestyle.

Q4 was our most profitable Q4 in company history.

To wrap this up, I’m proud of what we achieved despite the headwinds.

And, as the greatest final blessing, my cofounder’s wife is in remission! Thank you to the amazing staff at Stanford Hospital.

I have immense gratitude for my cofounders Srini and Joe, and to the whole Zeus Living team for giving it everything this year. And of course, to my wife for her unwavering support, and the partners of everyone who works at Zeus, who are the secret heroes of the story.