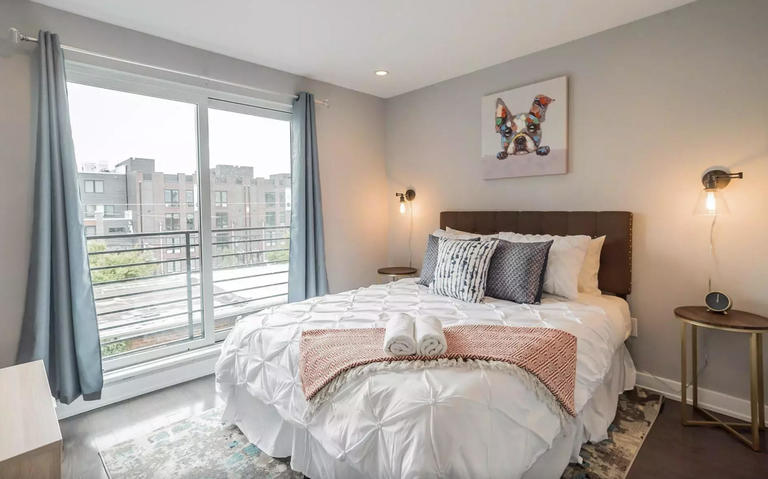 Living in Philadelphia: Pros and Cons

Moving to Philadelphia? Make sure you’re fully informed with the help of these living in Philadelphia pros and cons.

Philadelphia is adored for its deep roots, entertainment options, and eclectic neighborhoods. So we completely understand why you’d jump at the chance to move there. But before you pack your bags, research and cover all your bases to make sure the city has everything you need to live comfortably. Moving to a new city is thrilling, but can turn stressful quickly if the city turns out to be a bad fit. That’s why we’ve taken a close look at the City of Brotherly Love and put together this list of living in Philadelphia pros and cons to help you decide if you should make the big move.

The Benefits: Living in Philadelphia Pros

By now, I’m sure you’ve heard quite a few nicknames for Philadelphia (Philly, The City of Brotherly Love, and the Birthplace of America), well we have one more to add to the list: The City of Neighborhoods.

Philadelphia has 25 main neighborhoods and each is a world of its own. Finding a neighborhood you’ll love will be simple. Take your pick: there’s Rittenhouse Square in Center City, which is all about luxury and convenience (think fine dining, upscale apartments, and high-end shopping). You’ll find cool kids, hip bistros, and beer gardens in the quirky Fishtown neighborhood, and if you’re looking for a residential area with a city vibe, stay in Cedar Park for friendly neighbors, shops, and galleries.

Commutes are typically a headache in large metropolitan areas, but that’s not the case in Philadelphia. It’s easy and (impressively) convenient. The average one-way commute time is 32 minutes, with 21% of residents using public transportation. Philly’s commuter rail service, SEPTA regional rail, runs 13 lines to and from every corner of the city, including the three busiest Center City hubs: Market East, Logan Square, and University City. And in some areas, you’ll find that walking will be quicker than driving. Philly was ranked the eighth-most accessible city for pedestrian commuters, with several jobs being only a 10-minute walk from home.

Unless you’ve been hiding under a rock, you know that Philadelphia is where our Founding Fathers met and formed a new country. Philly is an amusement park for history buffs. So much of the city’s history has been preserved, like Independence Hall and the Liberty Bell. These attractions get packed with tourists, so if you want a more intimate experience, visit institutions like the Museum of the American Revolution, the National Museum of American Jewish History, and the African American Museum, found in two of Philly’s historic neighborhoods, Old City and Society Hill.

Art and music are at the center of Philadelphia’s culture. The city is big on museums and galleries, like the infamous Philadelphia Museum of Art and Barnes Foundation, but if that’s not your jam, step out and explore the 4,000 murals painted all over the city (if you prefer a guide, Mural Arts Philadelphia can tailor tours according to your interests).

Music runs deep in Philadelphia. It’s the birthplace of Philadelphia soul, American Bandstand, and famed songwriters and producers Gamble & Huff. Musical artists from Philadelphia include Hall & Oates, Chubby Checker, Patty LaBelle, Boyz II Men, Will Smith, The Roots, Meek Mill, Diplo, and so many others. There are endless spots to see live music. If you’re into jazz, you’ll want to go to Heritage for live music every night, starting at 6 p.m. Go out and dance under the disco ball with DJs and live performers at Franky Bradleys, or check out your favorite bands at Union Transfer (a former railroad facility that’s been standing since the 1800s).

With so many neighborhoods, restaurants, and shops, every location in Philadelphia has something to offer. But for the moments when you need a change of scenery, you can hop in the car (or train or bus) for a quick ride to New York, New Jersey, Delaware, and Washington, D.C. Make a weekend getaway out of it!

You’ll want to rejoice for this one. Despite being a major metropolitan city, Philadelphia is actually quite affordable. With a cost of living index of 101.2 (just slightly higher than the U.S. average), Philadelphia is still one of the most inexpensive cities on the East Coast. It all depends on where you live in the city, but on average, you could find a one-bedroom apartment as low as $1,317.

Sometimes Philly feels like one big college town with institutions like the University of Pennsylvania, Drexel University, and Temple University (the city has the fourth-largest university population among all U.S. metropolitan areas). These schools are making an impressive economic impact; over the last 25 years, Drexel University has donated $2 million annually to community organizations and generated $95 million in local and diverse procurement.

Students from all over collectively earn 90,000 degrees annually in Philadelphia. But what’s really special is that students tend to stay in the area post-graduation, making Philadelphia one of the fastest-growing millennial populations.

Grab a blanket and your favorite book and enjoy Philly’s great outdoors. The city was intentionally designed with ample green space of all sizes (Fairmount Park has 9,200 acres!). You’ll find a park in just about every neighborhood, with 300+ neighborhood parks, rec centers, and playgrounds, and 166 miles of trails in the city.

We hate to break it to you, but parking in Philadelphia is extremely hard to find, and if you do luck out on a spot (make sure you read all signs carefully), it’ll cost you. The city is growing and since new residents and housing structures are popping up, the Philadelphia Parking Authority has converted some areas with free street parking to permit parking. This means you may have to spend $35 on a permit to park in your own neighborhood.

If the impossible parking saga doesn’t get to you, Philadelphia’s traffic most likely will. Philly is ranked the 18th most congested city in the country and in 2020, drivers lost about 94 hours to traffic congestion. For perspective, the national average of hours drivers lose to traffic is 26. If you can, we suggest opting for public transit, biking, or walking to your destination.

Con (for some): Winter Weather

If you don’t own snow boots, it may be time to invest in a pair. This could be a pro for some, but it’s worth noting that Philadelphia winters fall in line with most Northeastern cities. So it shouldn’t be too much of a surprise when we say it gets cold (expect freezing temperatures). Residents usually experience an increase in rain during the winter months along with a whopping 20 inches of snow each year. Bundle up!

If you plan to live in Philadelphia, look out for the City Wage Tax (a tax on salaries, wages, commissions, and other compensation). There’s really no way around it—all Philly residents owe the 3.88% tax regardless of where they work and non-residents who work in the city will owe 3.5%.

Liquor licenses are difficult to obtain in Philadelphia, which explains why there are so many BYOB restaurants in the city (a plus in our book). But before heading to Philadelphia, you should know that wine and liquor can only be purchased in state-owned Wine and Spirits stores (there are plenty in Center City). And you’ll mostly find beer in delis or from distributors around town.

We hope you don’t mind crowds. Pennsylvania is the 9th most densely populated state in the country—largely because of Philadelphia’s population of 1.6 million. The high population in the city has led to overcrowded schools, heavy traffic, and an increase in air pollution.

Con (for some): Row Houses

Like Baltimore, D.C., and New York City, row houses are an iconic part of Philadelphia’s identity. They are charming homes, but sharing walls with your neighbors could take some getting used to. Detached homes are hard to come by in the city, and while you may be able to find a detached single-family home in some Northeast Philadelphia neighborhoods, you’ll sacrifice close proximity to Center City (about a 30 – 40 minute drive).

It won’t be hard for you to find employment in the following industries: healthcare, education, legal, office administration, and architecture/engineering. But the opportunities start to trickle from there. A third of Philadelphia’s job opportunities are in healthcare and education—so much that locals refer to workers as “meds” or “eds.” Don’t get us wrong, you’ll be able to secure your dream job in the city, but keep in mind that it may take a little longer to come by.

Philadelphia is a wonderful place to live, but every city has its downfalls. Now that you have the pros and cons of Philadelphia, you’ll be able to make a careful decision and decide which pros you can’t live without and which cons you’ll have to learn to live with.

Check out our blog for more info on Philadelphia like the best places to eat, fun things to do, and the cost of living. And if you’re confident the city is for you, start searching for your new home.