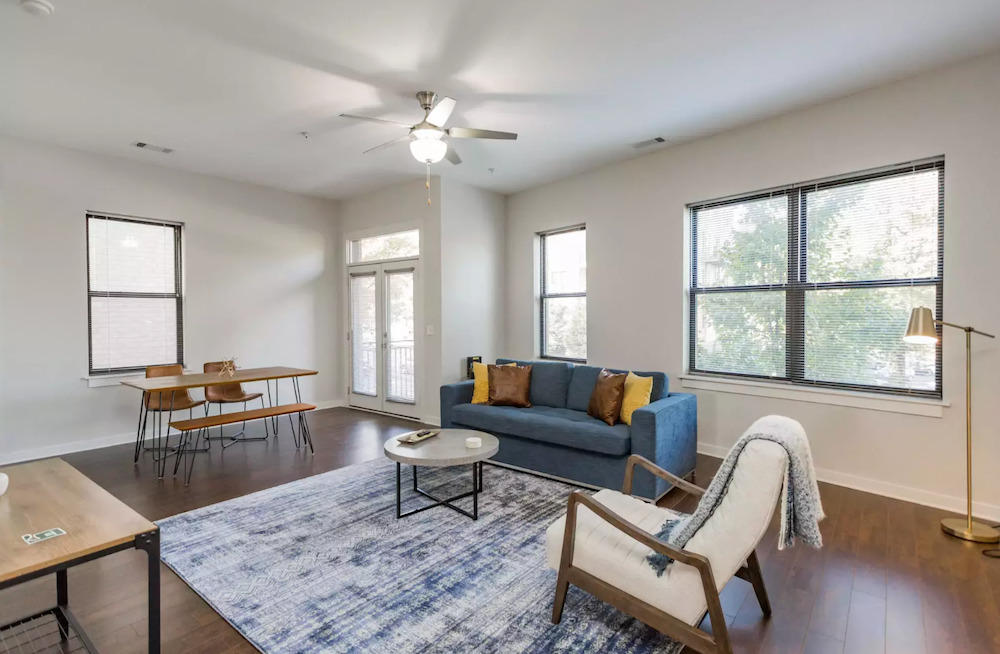 Living in Nashville: Pros and Cons

Before moving to your new city, make sure you’re fully informed. Continue to learn about living in Nashville pros and cons.

Nashville, Tennessee is a truly unique city with a charming, small-town vibe. Whether you call it Music City, Athens of the South, Cashville, or Nashvegas, the eclectic city is certainly alluring. If you’re considering living in Nashville, pros and cons can help you make the choice.

To make things a little easier on you, we created a simplified list of the pros and cons of Nashville. This should help you figure out if relocating to Nashville is the right move for you. Check it out below and learn everything you need to know about living in Music City.

Nashville is a burgeoning city with lots of job opportunities. It’s one of the fastest-growing metro areas in the United States, and with an unemployment rate of just 2%, it doesn’t usually take residents very long to find a job. In fact, there are often more open positions than people available to fill them. In recent years, many young professionals have flocked to Nashville to build their careers. Check one in the pros column!

Con: Public Transportation Could Be Better

Public transportation in Nashville is lacking compared to other cities. The only public transit option is WeGo Public Transit, which is a bus line. However, the routes don’t cover all (or even most) of the sprawling metro area. Considering Nashville’s rapid growth, the city could really use a train system, streetcars, or a more comprehensive bus service. If you’re moving to Nashville, don’t count on public transit as your only (or even primary) way to get around.

We certainly couldn’t list the pros and cons of Nashville without covering the music scene. The city was built on its love for songwriting and country music, and it’s home to some of the greatest venues in the country. From the famous Grand Ole Opry and Ryman Auditorium to more intimate spots like the Bluebird Cafe and the Back Corner, there’s so much to see (and hear) in Music City. It’s not just country music either. Bands and recording artists from virtually every genre make their way through Nashville. Live music is definitely a pro on your tally.

If you suffer from seasonal allergies, you can expect to do a lot of sneezing throughout the spring and summer in Nashville. With almost off-the-charts pollen counts, the city is ranked as one of the worst places for outdoor allergies in the United States. Stock up on allergy meds to get through this season.

If you’re a coffee drinker, you’ll appreciate the excellent coffee shops in Nashville. With tons of locally owned cafes and coffeehouses, you won’t have to look far to find a good cup of joe. Barista Parlor is one of the most well-known shops. It partners with local bakeries, artists, and producers to create a warm, welcoming ambiance at its five locations. Other notable coffee shops include the award-winning Crema (they’re zero waste and carbon neutral!) and Ugly Mugs, which hosts live music.

One thing to consider before moving to Nashville is the traffic. Since the city doesn’t have robust public transit options, most people own cars and drive to work, school, and everywhere else they need to go. Out of 240 U.S. cities, Nashville ranks 23rd for the highest levels of car congestion. Each year, Nashville residents spend an average of 34 hours stuck in traffic in the metro area. Plus, as more people move to the city, traffic is unlikely to improve. To mimize time in the car, try to live and work in the same neighborhood to cut down on your drive time.

Pro: Lower Cost of Living Than Other Major Cities

Compared to other popular cities of similar size, like Denver, Austin, and Portland, the average cost of living in Nashville, TN, is low. With a median rent of about $1,200 and a median home sale price of $331,000, the Nashville area offers affordable housing in many sought-after neighborhoods. Tennessee also has some of the lowest property taxes in the nation. That said, the real estate market is getting competitive as more people call Nashville home.

Along with its epic music scene, Nashville has some of the best nightlife in the country. Nashville’s nightlife is on par with New Orleans, so whether you’re looking to see some live music at a dive bar or prefer a more intimate lounge where you can enjoy a craft cocktail, there’s something for everyone. We’re talking sports bars, speakeasies, clubs, pubs, breweries, rooftop lounges, and taverns in Downtown Nashville and other hip neighborhoods. Notable nightlife destinations include the Fox Bar & Cocktail Club, Acme Feed & Seed, and the Villager Tavern.

While there are usually a lot of available positions in Nashville, the job market is still competitive. In the last decade, roughly 70,000 people have moved to the area, and over half of those arrived in the past two years. Upon seeing the low unemployment rate, many people relocate to Nashville with job opportunities in mind. So, if you have your sights set on working for a specific company or getting a certain job title, you should expect to have some competition, just like you would anywhere else.

One of the best things about living in Nashville is the incredible cuisine. If you love spicy food, barbecue, and southern fare, you’ll be in heaven. Hot chicken is one of the city’s staples, and it all began at Prince’s Hot Chicken. For some of Tennessee’s top-rated barbecue, head over to Martin’s Bar-B-Que Joint. Other must-eats include Joyland, Catbird Seat, Henrietta Red, and Redheaded Stranger. Yum.

Another thing to keep in mind about the warm season in Nashville is the exceedingly humid weather. Many states throughout the South endure sticky-hot summer months, and Nashville is no exception. Some people don’t mind it, and it usually only lasts about four months. If your home, car, and place of work have air conditioning, it’s manageable. Plus, the best time to visit Nashville is spring and fall, as both are pleasantly mild.

Sports fanatics living in Nashville have a lot to cheer about. With a population of about 700,000, the city is relatively small, considering its multiple pro sports teams. NFL fans can catch the Tennessee Titans playing at Nissan Stadium. Then there’s the Nashville Predators NHL team, which competed in the 2017 Stanley Cup Finals. And you’ve got the Nashville Soccer Club for MLS fans. With over seven universities in the city, there are also lots of college sports to watch in Nashville.

Evaluating the pros and cons of living in Nashville can help you decide if relocating there is the right choice for you. You’ll have to consider how your lifestyle, goals, and career aspirations align with what the city has to offer. If you need more time to mull it over, you might want to spend some time in Nashville while staying at one of our comfortable furnished rentals.

The temporary housing options from Zeus Living have everything you need to explore Music City like a local. Our completely furnished rental homes have comfy furnishings, equipped kitchens, air conditioning, lightning-fast WiFi, smart TVs, and deluxe beds. Not only that, but each unit is professionally designed and exceptionally clean.

Do you have questions about temporary housing in Nashville? Feel free to reach out to us at Zeus Living. We’re always just an email or phone call away.