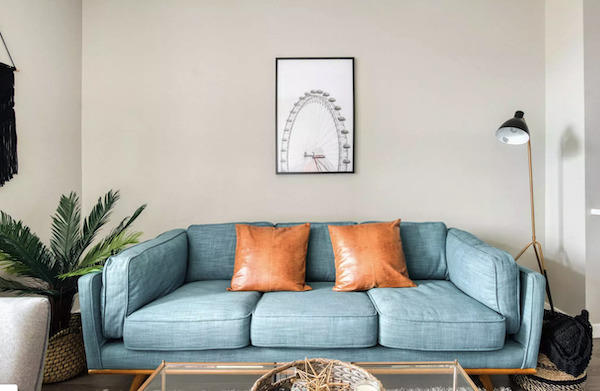 The Best Places to Eat in San Diego: A Complete Guide

New to the San Diego area? Keep reading for a complete guide of the best places to eat in San Diego!

With the nickname “America’s Finest City,” you can bet San Diego has some seriously scrumptious food. The city is known as one of the top places in the country to enjoy a fish taco, but its culinary excellence goes beyond that. You can enjoy tasty Italian food, fine dining, refreshing craft beer, ramen, sushi, gourmet bar fare, California cuisine, and more.

If you’re planning to spend some time in California’s southernmost city, you might be wondering about the best places to eat in San Diego. Zeus Living wants to help you explore the top U.S. cities like a local. That’s why we’ve curated a list of some of the most highly rated eateries in San Diego. Check them out below to add to your list of fun things to do in San Diego!

First up on our roundup of best food places in San Diego is Galaxy Taco in La Jolla. This hip, quaint, and totally delicious taco shop has both indoor and outdoor seating where you can devour a fresh fish taco to the sound (and view) of ocean waves. Known for its Mexican street food, it features unbeatable tacos, signature cocktails, and impressive tequila selection—the upscale eatery is a favorite among locals and tourists. Galaxy taco makes its trademark blue corn tortillas from heirloom corn. We recommend anything on the menu with these tortillas.

If you like Japanese cuisine, you’ll love Menya Ultra. The ramen chain originated in Japan, where it was extremely popular. In 2017, the first U.S. location opened in San Diego’s Kearny Mesa neighborhood and was an instant hit. Three years later, people are still crazy over Menya Ultra, so you can expect a line out the door any time you go. Many consider the house-made ramen noodles to be the best in the city, which you can get in the drool-worthy Miso, Tonkotsu, and Tantanmen bowls.

The Presley at Liberty Station

The Presley is a new outdoor dining destination at Liberty Station, a mixed-use development in San Diego’s Point Loma neighborhood. Just in time for the coronavirus restrictions, it occupies over 2,000 square feet of outdoor dining space. You can get all types of yummy American fare, including lobster sliders, hearty salads, prime rib, sandwiches, fresh fish, and flatbreads. The Presley is known for its boozy slushies and craft cocktails, like the Frozen Gin Fizz and Dole Whip Mimosa.

Gaslamp Quarter is a downtown San Diego district with some of the city’s best nightlife. It also happens to have many noteworthy restaurants, including Huntress. The modern steakhouse boasts fine cuts of meat and one of Southern California’s largest selections of Japanese whisky. Executive Chef James Montejano is a culinary wizard known for his seafood creations. The steaks are definitely worth ordering, but you won’t regret trying the salmon, Chilean sea bass, or prawns. Huntress has delectable desserts as well, like the Magic Mushroom, a peanut butter mouse doused in caramel, chocolate crumbles, and ice cream. The restaurant serves brunch and has happy hour too.

If you’re big on brunch, we recommend heading over to Little Italy, where you’ll find Morning Glory. You’ll be drawn in by the restaurant’s bright, pink-hued decor, but you’ll stay for its mouthwatering breakfast, brunch, and lunch food. The dishes are inspired by cuisines from around the world. Some standout menu items include the fluffy Souffle Pancakes, Morning Glory Fried Rice, and the Breakfast Dim Sum, which is served until noon. If you like to enjoy a drink with brunch, we suggest one of Morning Glory’s boozy coffees or fizzy egg-white cocktails.

As one of the best places to eat in San Diego, the Gaslamp district is also home to Lumi, an upscale Japanese restaurant with rooftop seating. Akira Back, the Michelin-starred chef behind some of the top restaurants in Las Vegas, partnered with Executive Chef James Jung to bring modern Easy Asian cuisine to San Diego’s hippest district. Some standout entrees and shareable dishes include the Akira Back Pizza, the Salmon Ceviche, the Rock Shrimp Tempura, and the Corazon Skewers. The rotating sushi and sashimi specials are excellent as well. Lumi also serves many innovative cocktails made with top-shelf Japanese whisky and Back’s signature sake.

Though San Diego is home to a wide array of great food carts and trucks, Corazón de Torta is one of the best. This Mexican food truck makes some of the most delicious Tijuana-style tortas and tacos in San Diego Bay. The menu is always rotating, but you really can’t go wrong with an order of tacos. Corazón de Torta is usually parked in Sherman Heights, but it makes its way around San Diego, often seen outside breweries, bars, and clubs.

If you’re looking for really good places to eat in San Diego, you’ll find lots of spots in the trendy neighborhood of North Park, including Original 40 Brewing. It has some truly exquisite bar food, like short rib tacos, house-made chili, steak and frites, baby-back ribs, seared pork belly sandwiches, and decadent burger selections. As you’d expect from a brewery, Original 40 offers a massive draft beer selection, including light and dark lagers, IPAs, and hard seltzers. The pub has 24 beers on tap, which are crafted to complement the food menu. You can also get brunch on the weekends with specialty mimosas.

If you love authentic Italian food, head on over to Cesarina in Point Loma. Known for its fresh pasta, outstanding service, heavenly dessert cart, and inviting ambiance, the small restaurant is among the best in San Diego. In the kitchen, a large pastificio is almost always in action, making several varieties and shapes of pasta. The restaurant serves many house-made sauces and toppings as well, like porcini, octopus meatballs, polpette, and guanciale. If you’re not into meat or seafood, Cesarina also has a full vegan menu.

The Crack Shack in Little Italy

Anyone who enjoys fried chicken as a brunch menu item will love The Crack Shack in Little Italy. With a true appreciation for deep-fried chicken and eggs, the casual diner has many tempting menu items. Aside from five- and ten-piece chicken orders and combos, this includes the BAE (bacon, avocado, and egg) sandwich, the Coop de Ville sandwich, and the Anti-Salad Power Bowl. The Crack Shack is also known for its “Crack Spice,” a medley of spices that compliments any menu item.

If you have a sweet tooth, Nomad Donuts in North Park is sure to delight. With specialty donuts inspired by flavors from around the world, you definitely won’t want to order anything with a plain glaze. The menu changes daily, but some of the all-star flavors include blueberry-lavender, Irish coffee, and taro. And the shop offers more than just donuts. You can get amazing coffee to go with your handmade Nomad donut too!

Check Before You Go

We recommend scoping out the website for each of these San Diego restaurants before heading in. Some have updated hours and guidelines amid the pandemic, and checking ahead of time can give you an idea of what to expect. Many eateries are now offering takeout and delivery for those who prefer staying in. To learn more about all that San Diego has to offer, check out our guides on the best companies to work for in San Diego, the average rent in San Diego, and more!

If a trip to San Diego is in your future, we encourage you to consider the furnished rentals from Zeus Living. Our clean and comfortable rentals have fully equipped kitchens with coffee makers, smart TVs with cable, super-fast WiFi, and luxury linens, among many other amenities.

If you have questions about our San Diego homes, get in touch. We’d love to hear from you.