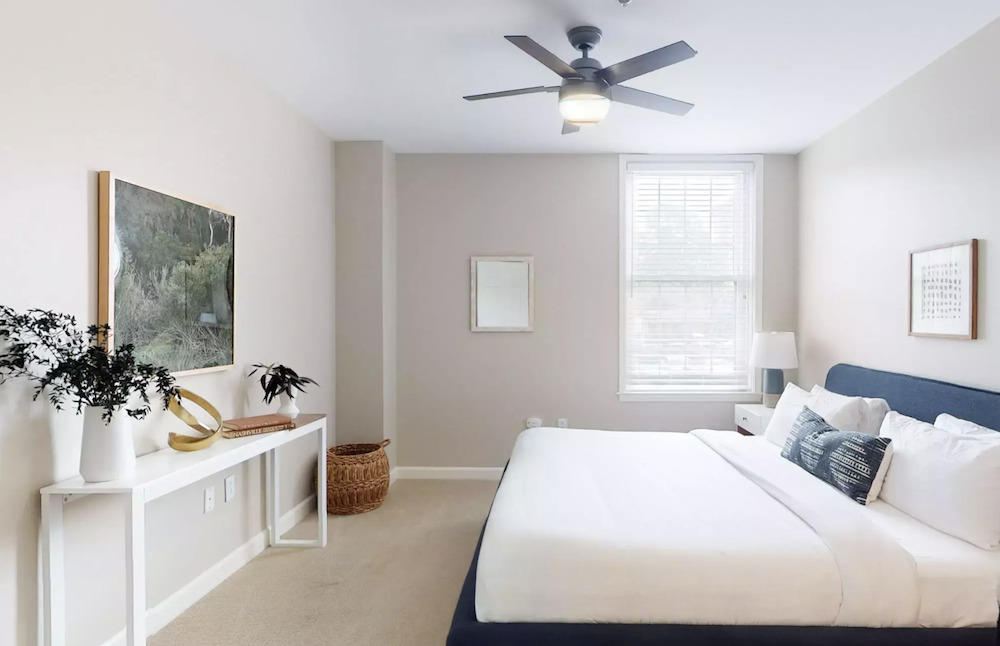 What is the cost of living in Nashville, TN? Continue reading for more details!

Nashville is the capital of Tennessee and the state’s most populous city. Around 700,000 people live in the city proper, and nearly 2 million call the metro area home. An estimated 95 people move there every day, with over 30,000 new Nashville residents in 2019 alone. While Music City isn’t the largest metropolis in the U.S., it’s growing rapidly, partly due to the low cost of living.

Known for its country music, nightlife, and hot chicken, Nashville is a booming city with a small-town vibe. If you’re thinking about relocating to the area, Zeus Living is here to help you make a smooth transition.

Here’s what you should know about the cost of living in Nashville, Tennessee.

Overall, the average cost of living in Nashville is about 3% lower than the U.S. national average. (Though as the most popular city in the state, Nashville is roughly 7% more expensive to live in than the rest of Tennessee.) Housing prices are 9% lower than the nation’s average, and utility expenses are 10% lower.

These numbers are certainly promising for anyone looking to cut down on their monthly expenses. But your individual cost of living depends on several factors, including your lifestyle, your health, the neighborhood you live in, and your commute. We’ve compiled more rates, averages, and statistics below to help you crunch the numbers for your Nashville cost of living.

Average rent for apartments in Nashville is about $1,400 a month, and the median rent price is closer to $1,200. The average home sale price is $335,000 (up 8.4% from last year), and the median is $296,000. You can find affordable housing in many neighborhoods in Nashville. However, the rental and real estate markets are becoming more competitive as more people move to the city.

Currently, for-sale houses get an average of two offers and sell in 41 days at roughly 1% below the asking price. Homes in more popular neighborhoods tend to get more bids and sell in about 20 days, sometimes for more than the asking price. The average price per square foot for residential real estate is $190, which is a 5.6% jump from last year.

Though housing costs are going up, the average home price is still about $10,000 lower than the national average, with mortgage payments at around $1,100. The city’s cold winters and hot, humid summers can really run up your electric bill. This is partly why the monthly cost of utilities and internet for most households adds up to roughly $220. If you’re going for the short-term, the best time to visit Nashville is early spring when humidity is low.

Nashville’s most expensive neighborhoods are Green Hills, Brandywine Farms, Downtown, Music Row, and Stadium Area, which is right along the Cumberland River. The most affordable communities are Buena Vista, Hermitage Hills, and Cumberland Gardens. Generally speaking, there are more apartments for rent near Downtown Nashville and more houses for sale further out in the city and in the suburbs.

Cost of Living in Nashville, TN: What to Know

As with any city, there are pros and cons of living in Nashville. However, it’s an exciting time to move to the eclectic city of Nashville. The job market is healthy, and the unemployment rate is low, which draws in many young professionals. Aside from housing costs and job prospects, you’ll want to consider things like transportation, food, healthcare costs, tax rates, and entertainment.

The average price of a gallon of gas in Nashville is a little over $2, but the number fluctuates throughout the year. Transportation expenses in the city (including gas prices and public transit fares) are about the same as the national average.

But one thing to keep in mind is that Nashville doesn’t have the best public transportation system. The only option is the bus line, WeGo Public Transit, which offers limited routes. If you’re able to take advantage of the bus system, you can get a monthly pass for $55 or a one-way ticket for a little under $2. Most people in the metro area own cars and drive to work, school, and other destinations. However, the city does have Uber and Lyft.

Let’s Move Nashville is a $9 billion infrastructure plan to create a mass transit system in Davidson County, including several light rail lines and rapid bus transit routes. Though the initiative will bring much-needed public transportation to Nashville, it might not be up and running until 2032.

As for food, groceries in Nashville are roughly 3% cheaper than the national average, which can save you quite a bit of money if you do a lot of cooking at home. A gallon of milk is about $2, a loaf of bread is around $3, and a dozen eggs will cost you roughly $1.75. The average latte from one of Nashville’s many quaint coffee shops is about $5.

The overall cost of healthcare in Nashville is substantially lower than most U.S. cities. You can expect to pay up to 25% less than the national average. A doctor’s visit is about $90, a dental appointment is closer to $80, and a visit to the optometrist will cost you $85 on average. (This doesn’t account for medical insurance, which would make your out-of-pocket costs much lower in most cases.) If you have a pet, you could also save money on veterinary expenses in Nashville, with the average visit running for around $50.

Tennessee residents don’t pay any state income tax on their wages, putting Nashville at 55% lower than the national average. (However, there’s a 1% tax for any income earned on interest and dividends.) Sales tax in Tennessee is 7% on all purchases except food, which is taxed at 5%. The general sales tax is about 37% higher than the national average.

Nashville also has tax incentives for businesses that relocate or expand to the city. While it depends on several factors, a company that creates 25 or more new jobs and invests at least $500,000 within 36 months can qualify for a tax incentives package, making it an affordable place to do business too.

Though groceries in Nashville are priced lower than average, eating out isn’t quite as budget-friendly. There are definitely some affordable places to eat and plenty of happy hour specials, but in general, you can expect to pay a bit more when you dine out. At a more casual joint, a dinner entree will be about $15, and at fancier restaurants, it’s often $60 or more per person—and that’s just for food.

A craft cocktail at a club in Downtown Nashville is $13 on average, and a pint of beer is $5.50. If you head to the movies, you’ll pay about $22 for two adults. Theater tickets range in price, but you can get a pair of really great seats for around $100.

Since there are so many places to visit in Nashville, from music venues and gigantic auditoriums to intimate lounges, ticket prices for live shows can be anywhere from $20 to $300 apiece or more. The average concert ticket price is $135, and passes to the CMA music festival start at about $260.

Reviewing the cost of living in Nashville can help you decide if relocating is the right choice. You’ll have to account for your current financial situation, lifestyle, hobbies, healthcare needs, family needs, career aspirations, and goals to see how they align with the city’s prices. Regardless of your lifestyle, the Nashville area offers big city amenities with a living cost more in line with small-town America. If you need some time to evaluate your options, you might want to book a stay at Zeus Living’s temporary housing units in Nashville.

Our comfortable furnished rentals are located in some of Nashville’s hippest and most desirable neighborhoods. As soon as you step through the door, you can start living like a local. The clean, modern homes from Zeus Living have smart TVs, WiFi, premium beds, deluxe linens, and equipped kitchens.

For questions about temporary housing in Nashville, contact us at Zeus Living today!